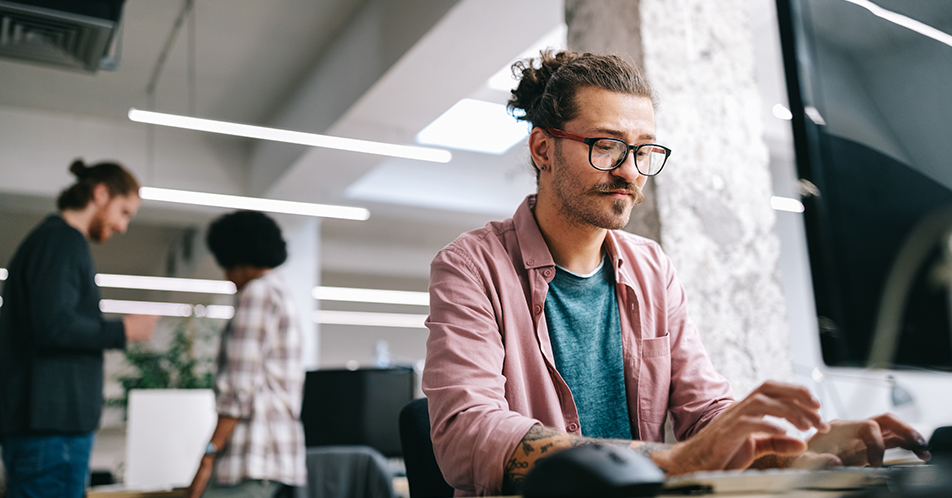 The 5G hype train is generating a lot of buzz about a technology revolution that promises to pump a staggering $12 trillion into the global economy by 2035 and add over 20 million new jobs in the US alone.

“Just over a year ago, we acquired (rival carrier) Sprint,” said Wayne Floyd, Manager, Product & Technology at T-Mobile, the second largest wireless carrier in the U.S.  “Sprint already had a strategy to roll out 5G in a number of cities. But the merger happened. Then the pandemic happened, and we had to adapt. So, we’ve used 5G as the mechanism to move our entire customer base from the legacy Sprint network to the new T-Mobile network. We had to move radio antennas on some (cell) towers. In some cases, we had to collapse towers or move an antenna within a tower,” said Floyd.

“Orchestrating all of these changes is a highly complex process. And doing all of that during a pandemic was enormous. But it accelerated our 5G network roll-out.”

Floyd said that T-Mobile has adopted a layered network strategy that includes two elements: a low-frequency band spectrum that’s easy to distribute and reachable by all US consumers with cell phones, and a mid-band network that allows T-Mobile to more fully leverage the power of 5G.

Low-Code: Building out the 5G Future

Which brings us back to the low-code connection. On the backend of all of that 5G strategy, said Floyd, T-Mobile had numerous processes and thousands of services running on its network. All of this backend orchestration, he said, was handled by Appian and is still running seamlessly today.

“When we first decided we wanted a business process management suite, we checked Gartner and Forrester to find the best in class which is why we selected Appian. At first, we delivered small applications. But at the same time, we had to completely move off of our legacy mainframes,” said Floyd.

“We had to retire over 20 applications and rebuild them,” said Floyd. “In the old systems, there were a lot of human-machine interactions but few clean handoffs. And so, we were able to use Appian to reorchestrate those business processes. Get off of those processes in less than a year, recoup all of our savings and demonstrate the value of the Appian Platform,” said Floyd.

“We’ve been able to get more systems talking to each other, which enables humans to see the value of the information in front of them, and not have to swivel from one system to another or worry about backend systems because we have a frontend that orchestrates it all for them.”

Floyd’s system orchestration commentary was corroborated by Michael D’Itri, a Senior Systems Analyst at TELUS, a Canadian communications company with $16 billion in annual revenue and over $15 million customers. D’Itri said that many companies have to deal with different and disconnected tools, siloed datasets, and a large volume of work that needs to get done, compounded by the urgency of pulling it all together and doing it very quickly.

He said that TELUS was preparing for the large volume of work that will come with the transition to 5G. The company explored several software options before selecting Appian. The appeal of Appian, said D’Itri, was that it was the only option that offered a platform-as-a-service and not a specific application for a specific need.

“The major advantage with Appian,” said D’Itri, “is that you can build whatever you need whenever you need it. Appian allowed us to be entrepreneurial and pivot very quickly when necessary. So, after deciding to go with Appian, we went to our executives for buy-in. We trained our team on Appian and we used Appian Customer Success to build our first application which was key because we wanted to learn from Appian how to use Appian. We also wanted to learn how to structure our project for success,” said D’Itri.

Looking ahead, Floyd said that he is most excited about T-Mobile taking advantage of the artificial intelligence and machine learning capability of the Appian Low-Code Automation platform. As for TELUS’ D’Itri, he said that his short-term goal was to build on his foundational Appian Applications. But he’s also eager to push forward with automation through integrating and connecting applications through APIs  (application programming interfaces) or RPA (robotic process automation).

“So, connectivity is our next short-term priority,” said D’Itri. “We want to continue to improve the speed and reliability of our applications. But in the medium term, we plan to use some intelligent document processing to auto-categorize documents and extract information from documents to load into our systems.”

“Further out into the future,” said D’Itri, “we’re thinking about augmented reality (AR). We talked about 5G and the fact that we need to build a lot more cell sites, he said. But traditional sites are getting a lot more complicated. And so, for our technicians in the field, AR could be a huge benefit,” said D’Itri.

In wrapping up the panel discussion, the moderator asked D’Itri and Floyd for tips on getting the most out of the low-code 5G connection. Floyd suggested setting up a center of excellence (COE) to share the platform, what it can do and what it shouldn’t do for end-users. He also suggested using a COE to get business users involved with the platform.

“For example, even if you’re not going to be building applications on Appian,” said D’Itri, “you should go through the training to learn how Appian is built and how it functions. That will help you determine the requirements for your application. Lastly, you should know beforehand what you want to build and make sure your processes are solid before you start building anything. If you start with a solid base, you can build an application in Appian in just a few weeks or faster,” said D’Itri.”

Floyd said that he was impressed with the mobile capabilities of Appian. Having the capability to build an application on a single (low-code) platform that automatically renders on a tablet or any other device, he said, was a big advantage of the Appian platform. It meant he didn’t have to devote much time to mobile development because Appian apps automatically work on mobile devices.

“You can build an interface and let your employees know they can download the application,” said Floyd. Then boom! As soon as it’s in production, you can see it on your desktop, phone, or tablet.”

For Network Operators, the 5G Stakes Are High

Think about the old days of buying a book from Amazon in Seattle and getting it four days later, said Ericsson 5G evangelist Peter Linder. Compare that to the reality of digital commerce today. You can essentially order anything, said Linder, and it can show up within two hours—as long as it's in the warehouse. We’re pretty close to that same kind of network transition now with 5G. In fact, with 5G wireless connectivity, applications are moving a lot closer to subscribers according to Linder.

The 5G build out is continuing to trend skyward with a boost from low-code automation. And more and more passengers are boarding the 5G hype train. In fact, the enterprise market alone is expected to surpass the $31 billion mark by 2027 according to Polaris Market Research. So yes, the enterprise stakes are high. But will 5G live up to expectations? Perhaps Ericsson’s Linder said it best:

Which is a perfect note to end on.

PS: To Learn more about T-Mobile's and Telus' 5G journeys, and to get more information on how Appian is helping to innovate across the Telecom sector, visit our resource center.