A human interaction workflow is a process that is dependent on or related to human activities. This means that a part of the process is executed by an agent and another part by a system or machine. Some process steps are therefore dependent on human action, without which the process cannot be completed. An example of such a process is the processing of a support request: Here the request is received by a system, but the process cannot be terminated without the manual processing of the request. Human interaction workflows can, for instance, be implemented and partially automated using a process engine. 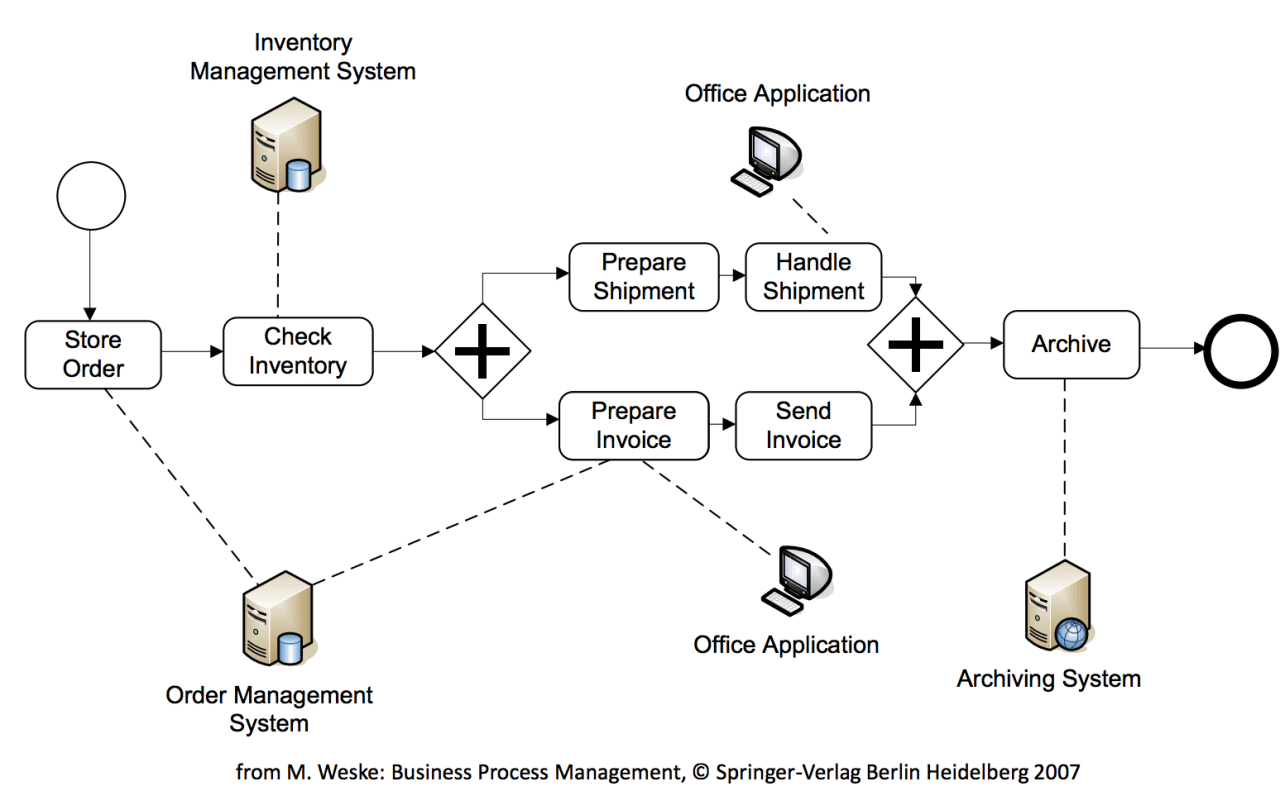 How can people, systems, and machines interact?

For example, the process of signing contracts has changed a lot. In the past, things were bought and sold from person to person in a market or shop. Nowadays, people order many things online, resulting in a human-system interaction.

Interactions between people and systems occur, for example, wherever a person operates a computer to sell goods or services, create digital models, or write an email. People can interact with systems in the work environment or in their free time. And thanks to laptops, smartphones, and the cloud, these interactions are not location dependent.

However, interactions between people and industrial machines such as robots, presses, or even production lines tend to take place mainly in the work environment. Some machines work without any intervention or interaction with humans, apart from initial set-up interactions or repair work (for example, fully automated machines for the production of confectionery).

However, there are also systems, machines, and production plants that only function in interaction with humans. An example of this is the production of automobiles. In this very production, some steps are taken over by machines, often robots. Such steps are, for instance, the assembly of the wheels or the installation of the windows. Other steps, such as laying the cables or installing the wiring harness, still have to be performed by humans. However, all these steps are necessary to create a functioning car. This process cannot be completed without the cooperation of humans, so a human interaction workflow is needed.

Reach the optimized process with the Process Mining Guide.

Learn how process mining can provide valuable insights into your processes.