Digital Transformation in the Public Sector

In the 2010 film "The Social Network," a fictionalized version of tech entrepreneur Sean Parker states an accidental profundity: "We lived in caves, then we lived in cities and now we live on the internet." Quibbles about that movie'saccuracy aside, the words serve as a fairly apt distillation of how digitized so many facets of modern life have become, albeit written with the benefits of poetic license and hindsight.

The rise of cloud computing and the interconnectedness facilitated by the internet of things further stress how much digital transformation has affected all aspects of human existence.

Government is slowly but surely entering an era of digital transformation.

It was thus inevitable that digital transformation would find its way into the public sector. At the same time, it isn't particularly surprising that this occurred at a slower pace than it did within private businesses and homes, given that most moves a government department (at any level) makes are subject to various checks, balances, approvals and reviews. But the wave of this broad IT development continues- it's nowhere near cresting yet, let alone crashing. A number of specific trends represent the biggest factors in public-sector digital transformation, which we'll examine here. These environments could very well be optimal for the use of application development platforms.

Although numerous government tech infrastructures remain reliant on legacy hardware and software, correcting this is no longer simply a priority in the U.S. - it's a legal mandate since President Trump signed the Modernizing Government Technology Act into law December 2017, according to FedScoop.CIOs and CTOs at American federal agencies now have the impetus and budget to make vital updates where necessary. Various other nations had either begun this process before the U.S. did or have begun doing so since. These ground-level adjustments can provide the framework for more comprehensive digital public tools.

The further spread of IoT

Analysis from Gartner pointed out a 31 percent increase in the number of "things" connected to the overallIoTbetween 2016 and 2017, projecting that 8.4 billion computers, devices and other objects - everything from home thermostats to car starters - would be part of the worldwide network by 2017's end. The research firm believed a majority of these (about 63 percent, or 5.2 billion) are consumer items, with 3.1 of the remaining billion units intended for business use. 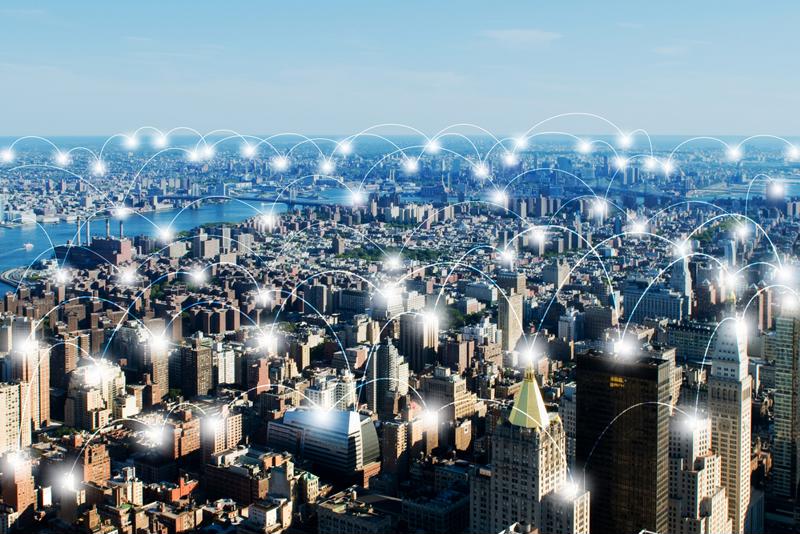 "Smart cities" and other civic projects incorporating the internet of things are major examples of public digital transformation.

By such projections, only about 100 million devices and other products in the globalIoTsphere operate within the public sector. But this number is not as small as it initially seems when considered in terms of the ratio for government personnel to private citizens and enterprises, and it has quite likely already increased. The advent of "smart cities," in which commonplace but essential items like street lights, traffic cameras, police vehicles and the like can instantly send and receive data through interfacing with a public cloud platform to improve various civil services, further bolsters the probability of greater public-sector engagement with IoT tools.

Amsterdam remains the most notable example of a smart-city project, having been gradually incorporating interconnected functionality for the last nine years. MIT Sloan Management Review's 2016 case study of the Netherlands city's initiative found that while not without difficulties and flaws, it nonetheless represented major progresstoward making people's lives easier on a daily basis through public technology. The results are positive enough to ensure that other cities may well move in a similar direction. TechTarget cited Kansas City, Singapore, Dubai and Barcelona as prominent metropolitan areas that had adopted such technologies to various degrees.

Creating opportunities for convenience via AI

Artificial intelligence is no longer the subject matter of speculative fiction but a fairly commonreality, in many different ways. According to Deloitte, incorporating AI initiatives into the public sector could represent a money-saving, efficiency-driving opportunity that is simply too large for governments to ignore or put off: If implemented on a considerable scale over the next five to seven years, automation could save the U.S. government $37 billion and 1.1 billion hours of staff productivity per year.

Governments could save tens of billions per year by implementing greater automation throughout their agencies.

Even in a context where budgets (and deficits) are at times measured in the trillions, those are considerable figures. The Deloitte report found that if public-sector automation were only implemented on a minor scale - e.g., automating tasks that are already performed using computers - the government might still eliminate 266 million annual working hours and save $9.6 billion a year.

Although there may be some trepidation regarding the possibility of human job loss, the likelihood of such an occurrence in the immediate future is minimal: While 30 percent of the federal government's workforce could have its job responsibilities eliminated, those workers would not automatically be phased out: Instead, they would have the freedom to handle essential tasks that AI cannot - and, until major advances are made, will not be able to - do.

Back in 2015, IDC estimated that 72.3 percent of the entire American workforce would be mobile by 2020, able to attend to all major job functions regardless of their location. There is no reason why government staff members can't be a part of that mobile-ready group - if not now, then in the next few years.

High-functioning apps that operate seamlessly across smartphones and tablets while not losing functionality in their desktop iterations will be essential for government workers to fully embrace the potential that mobility can bring. And while IT budgets for government departments are certainly increasing, as noted earlier, this doesn't guarantee that agencies will be able to take on the costs of custom app development, considering that a single app can cost as much as $500,000 to develop from beginning to end.

This is where Appian enters the picture. Using our application delivery platform, tech employees at the municipal, state and federal level will gain the ability to create and deploy versatile apps at a furious pace - up to 10 times faster than comparable systems. Not only that, but the low-code requirements of the Appian solution mean that government IT staffers won't have to take the time necessary for line-by-line code construction, testing and quality control.

They will also have the confidence that the apps they create function as they should across all channels, at all times. Last but not least, apps can meet the demands of services used by the general public - libraries, education portals, motor vehicle registration and regulation, to name just a few - and increase civic interaction with local government, knowing the system will work for the people.