The topic of IT modernization has been coming up for decades, with projects rising and falling alongside the whims of various presidential administrations. However, the recent technological revolution driven by the rise of cloud, mobile, social and big data has been too great for the public sector to ignore. In fact, these technologies may have laid the foundation for a smoother modernization process.

Before we look at that, however, it's important to understand that money is at the center of IT modernization, and it could be the difference-maker this time around.

As agencies explore the possibility of ramping up their technological capabilities, they must always consider customer experience implications in order to maximize value potential. This is particularly true as potential policy changes are set to offer fiscal rewards for projects that generate real cost savings.

A Changing Federal IT Fiscal Climate

The Modernizing Government Technology Act has passed through the House of Representatives and is on its way to the Senate. If approved, agencies would be freed to take the money they save by using IT to drive efficiency into capital funds. From there, these funds can be used to invest in new technologies. The plan would last three years and be kicked off by a central $250 million fund managed by the General Services Administration.

"Getting new financing for IT projects is only a starting point."

Essentially, the bill establishes a funding pipeline for government IT projects by rewarding successful investments with more money to put into technology.

Avoiding the Pitfall of Government IT Investment

Of course, simply getting new financing for IT projects is only a starting point. Agencies must also plan and execute their initiatives once they've found the funds. According to Federal Technology Insider, finding success here depends on moving beyond the longstanding pitfall of maintaining the status quo and focusing on solutions that are aimed solely at meeting current needs. 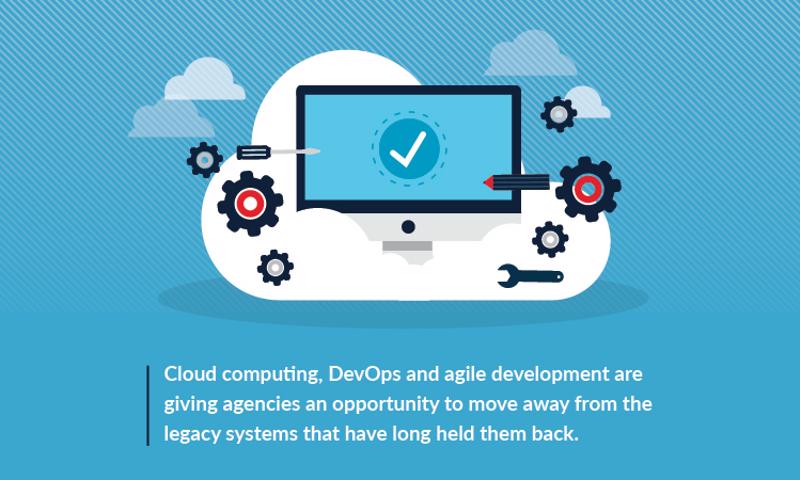 Agencies can't neglect customer experiences as they modernize IT operations.

The news source explained that many government projects end up falling prey to a common issue - once an agency is finally freed of the burden of legacy systems, it builds out exactly what it needs in the moment without incorporating future plans. The problem is that resource limitations have historically made such forward-thinking, future-proofing projects prohibitive. Simply getting out from under the weight of legacy technologies has been hard enough on its own to drive sustainable innovation.

The new funding opportunities that may be created by the Modernizing Government Technology Act create an opportunity to not just update systems, but actually build them out with future needs in mind. Simply upgrading to meet immediate demands will extend the legacy IT problem as today's innovations become tomorrow's outdated systems. Using the emerging funding opportunity to build IT systems out from a future-minded perspective can set a foundation for sustainable success in IT modernization.

Establishing a Vision for Modernization

FCW echoes Federal Technology Insider in highlighting the role that the Modernizing Government Technology Act can play in driving success in the current IT innovation wave taking hold of the federal government. However, instead of focusing predominantly on the need for technology future-mindedness, FCW points out that agencies must also think about how technological innovation can impact their missions and structure.

Cloud computing, DevOps and agile application development are giving agencies an opportunity to move away from the legacy systems that have long held them back. This lets them digitally transform their operations to become more agile and flexible. But these benefits only pay off if they are aimed at the right goals. FCW pointed out that establishing a vision for the mission and structure of an agency represents a key first step in IT modernization because having that idea as a guiding force makes it easier to prioritize IT projects and create an optimal pathway toward innovation.

Government IT departments have long been so restricted in how they operate that their focus has been almost solely on maintenance, not strategy. FCW explained that between 75 and 80 percent of federal IT spending goes to maintenance and operations. As agencies consider how to modernize their operations, they must carefully assess what operational goals they need to focus on along the way. According to a Government Executive report, this is one area where agencies can learn from the private sector.

Using Customer Experiences as a Guide

The enterprise world has been going through a wave of IT innovation focused on customer experiences, and the government could stand to gain considerably if it follows suit. Government Executive explained that some early signs are already showing positive results for customer-focused projects in the public sector. The State Department went through a large initiative to create a more user-friendly experience for reporting lost or stolen passports. The number of reports coming in quickly increased by 46 percent.

As agencies explore ways to use IT modernization to improve customer experiences, they need to think not just about external customers, but internal ones as well.

Anybody who will use an IT solution is a customer, and the business world has been transforming around the idea that creating better employee experiences will, in turn, lead to better customer experiences. In the financial services sector, for example, better business process automation and data sharing procedures can lead to faster loan processing. From there, customers get the service they need more quickly and the better experience for the internal customer extends the benefits to consumers.

In the public sector, agencies have long toiled with complex, manual processes that require stakeholders to jump through hoops just to get the job done. Revitalizing operations around the experiences of both internal and external users can allow technology projects to create value on multiple levels. The question then becomes a matter of how to make this possible.

FCW mentioned cloud computing alongside agile development and DevOps as avenues for innovation, and these recommendations highlight another enterprise trend making its way to government - application development platforms.

These cloud platforms empower both IT and non-tech users to quickly create apps and services to meet specific operational demands. Whether you want to replicate the functionality of a legacy app within a cloud platform or create a quick customer-facing app for a community event, agencies can use app platforms to become more responsive from an IT perspective. This flexibility can pay off as apps can be tweaked on an ongoing basis to improve customer experiences, establishing a modern IT foundation for continual improvement.