Few people can understand the difference between theory and practice more clearly than a chess Grandmaster. Our little 64-square laboratory has space for centuries of ideas. With more moves than atoms in the solar system, my ancient boardgame has limitless complexity for the human mind—and was even enough to stump the world’s fastest computers for decades.

But chess isn’t a science, not in practice. When facing an opponent over the board—or, increasingly, over the internet—it becomes an intensely competitive sport. Head to head battle is where all your lovely theories and careful preparation meet the fog of war. An equally well-prepared opponent is set on thwarting all your plans. The ticking clock makes a shambles of your calculations. Victory goes not to the flawless, but to the frail human who made the next-to-last mistake. That’s chess, and that’s business, and that’s life. 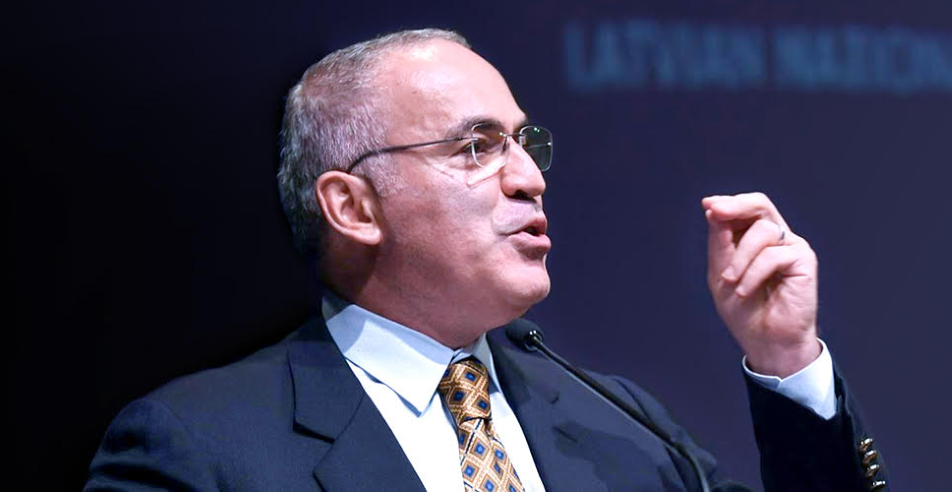 A nice saying, incorrectly attributed to Winston Churchill like so many others, goes, “However beautiful the strategy, you should occasionally look at the results.” This fits with a statement correctly attributed to Nobel-winning physicist Richard Feynman: “It doesn’t make any difference how beautiful your guess is, it doesn’t matter how smart you are, who made the guess, or what his name is … If it disagrees with experiment, it’s wrong.”

Theories start us down the road. Praxis is the road.

Since my match loss to the IBM supercomputer Deep Blue in 1997, I’ve had many theories about how to combine human creativity and intuition with machine speed and objectivity. In 1998, I created Advanced Chess, where human Grandmasters faced off while assisted by chess software at the same time. After all, if you can’t beat’em, join’em, right?

It was interesting, but it wasn’t a huge success, far from my vision of achieving chess that approached perfection. It became much more interesting when amateurs took the idea online, leading to the discovery that what was most important wasn’t machine speed or human chess talent, but the ability to create the best process to combine the two. Weak players skillfully “coaching” weak computers to work as a team defeated supercomputers and Grandmasters alike, even elite human players using strong computers.

That real-world chess experiment provided an important example and metaphor, as chess so often has in its history as the “drosophila” of human and machine cognition. Process is king. Superior interface and agility can produce better results than expertise and data with an inferior process.

I’m always looking out for people and companies trying to implement theories, either as lab experiments or as corporate initiatives. I’ve had fascinating discussions everywhere from Nick Bostrom’s Future of Humanity Institute at Oxford to Google and Apple. When I was on tour for my 2017 book Deep Thinking, I had the chance to meet many remarkable people and see real-world projects bringing AI into the mainstream. Smart drones delivering blood in Rwanda. Intelligent agents matching therapists with at-risk youth. There have also been plenty of failures, too, but just like losing at the chessboard, that’s how we learn best.

This history is my long-winded attempt at an explanation for why I’m working with Appian. When I first talked with CEO Matt Calkins, I saw the company as the real-world application of many of my theories about AI and the human-machine relationship. I’ve written much about how we can build bridges between humans and AI, while keeping humans centered in the equation instead of being left behind. Appian is actually building those bridges and traffic is already moving across them.

With all the utopian and dystopian silliness in the news about AI these days, my interest in low-code and off-the-shelf AI solutions might seem mundane. But that’s just it! All the fantasies about the singularity or killer robots make you wonder if the guys in Silicon Valley are taking too many cues from their neighbors in Hollywood. I’m all for moonshots and aiming high, but we also need the nuts and bolts, proof of concept productivity.

It’s also important that we make progress not at the speed of thought, or speed of light, or whatever the catchphrase is these days, but at the speed of society. AI is tremendously powerful and will be more beneficial the more ambitiously we use it. It also requires a constant process of calibration to keep humans centered at every phase of development. We cannot just turn our clever algos loose into the oceans of data and hope it all works out.

Brute force was enough for a supercomputer to beat me at chess, and for many other useful applications, but the future of machine intelligence is teamwork. Will it improve our quality of life? Does it allow humans to be “more human” by making their work more creative, less routine? Will it make the workforce happier? As AI keeps getting more powerful, we have to ask these questions even more.

I see Appian as the ongoing experiment to prove that process is also king in bringing AI and humans together in the business world. The tools are built not for raw power, but for maximum adaptability—something more important than ever in a crisis, by the way. What good is a powerful tool that doesn’t suit your needs at the moment? What good is a mighty hammer when you need a saw, or a pencil? Creating flexible interfaces that always have the right tool for the right job might not grab headlines like a dancing robot or beating the world chess champion, but they’re a lot more useful.

Chess is a handy sandbox, where we build little model castles to see if they can resist the tide. The real world is where there are real outcomes—profit and loss and human happiness and the health of society. Seven decades after Alan Turing developed the first chess program—without the existence of a computer to run it on—I’m excited to be a part of another great experiment.