Just about every modern business has - or wants to have- its own custom apps, to handle any number of business processes. This desire runs thegamut of companies in terms of both size and industry, ranging from SMBs to multinational conglomerates.

Simply put, how many apps is too many before sprawl ensues?

The idea of dedicated applications for precise tasks existed long before Apple started to market the broadening functionality of its earlier-generation iPhones with the slogan, "There's an app for that.ô" But the popularity of the phrase - which should havewon a Clio or Ad Age award for the copywriter or creative who devised it, given that you still hear it today from time to time - reflects the lightning-fast pace of application development that's occurred over the past decade (give or take).

Now, in 2018, not only are the public mobile-device marketplaces positively flooded with apps for every job under the sun, but private enterprises also created thousands of apps of their own by now. But a certain point, particularly in the context of one organization, it's fair to wonder: How many apps is too many?

This brings us to the issue of app sprawl and its resultant inefficiency. There's no denying the value propositioncustom apps can facilitate, but it's critical to also prevent overburdening your development team - and your business overall - with the creation of all of them. Adopting an application delivery platform capable of this duty may turn out to be a more advantageous and efficacious solution in the long run.

Per the definition furnished by Techopedia, app sprawl is simply described as "the growth of an IT system to include more applications and to use more resources overall." As you might guess, the second part of that phrase is where the potential for trouble emerges. We've established that the number of apps developers can devise is all but infinite, but for many different organizations, the tech resources essential to keep all of those apps up and running at optimal levels of efficiency is most certainly not limitless. 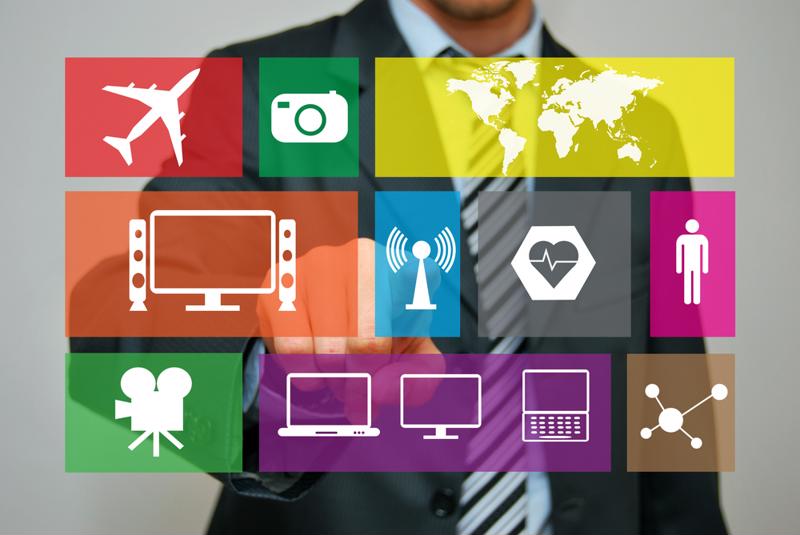 App sprawl can be majorly detrimental to an organization, by wasting money and other resources.

Excessive CPU and memory usage across multiple machines throughout a business's overall network are the most likely adverse consequences of app sprawl. This is particularly probable if virtual machines are not being used to streamline all of the data flow resulting from each of the different appsa business has developed and set into action. If VMsare drawing their computing resources from a centralized server, having a surfeit of apps will not necessarily be that much of an issue, but in plenty of cases, apps aren't using that sort of efficient wellspring. The consequenceof that is, almost inevitably, a far greater use of man-hours and resources than what would have resulted from the deployment of an efficient business application development platform.

Taking the time to develop a broad spectrum of proprietary apps is wasteful - for the organization and all of its employees, directly or indirectly. Arguably, more than anyone else, it wastes developers' time, especially if an organization becomes overzealous in its creation of new business process management tools, creating and releasing them in a manner that basically amounts to goofing off for all the good it does.

Then, of course, there's the financial bottom line to consider: How much is all of this app creation costing a given company? Formotus noted on its Mobility blog that the average app cost somewhere between $100,000 and $500,000 to develop, with factors such as mobile functionality, general features and scope all coming into play in the final price tag. After factoring in the salaries for development staff, support and all other IT personnel, as well as incidentals like utilities, the cost of excessive app creation can reach "astronomically high" in fairly short order.

To add insult to injury, research has revealed that some CIOsand other C-suite stakeholders aren't even aware of the resource output: A 2016 study by the PonemonInstitute found that 69 percent of respondents weren't even aware of all the apps and databases currently active in their networks. One might not think of it as such on the surface, butthese points clearly identify just how much of a money pit and resource dump that custom app development can become when the process goes unchecked and overboard.

Joseph Guarino, CEO of Evolutionary IT, an independent consulting firm, stressed the urgency of dealing with sprawl and related issues of custom app development in an interview with CIO Insight - in no uncertain terms.

"Without a strategy and a governance model, the situation can become a mess," Guarino said, according to the news provider. "It often speaks to the limitations or dysfunction of an organization."

The simplest way of reducing this type of sprawl is to eliminate superfluous apps from a company's network, and in some cases, that's all that needs to be done. But if it was always that easy a matter to handle, app overpopulation wouldn't be a problem of such magnitude. Accenture group chief executive Bhaskar Ghosh, also speaking to CIO Insight, stated that accurately assessing the value of each app to its users - including customers, in B2C environments - is key to determining a program's necessity, as well as evaluating factors such as security and other key performance indicators.

But what about the possibility of evading sprawl and all other app development hazards? It's not a pipe dream by any means - rather, it's the advantage that Appian's app development platform provides. By uniting app creation under the Appian system, businesses can achieve complete control of their app ecosystems with efficiency and ease, as well as the assurance of functionality and flexibility across multiple channels, including mobile. As a leader in digital transformation, Appian helps organizations in countless verticals address all of their BPM issues with unrivaled speed. Contact us to learn more.